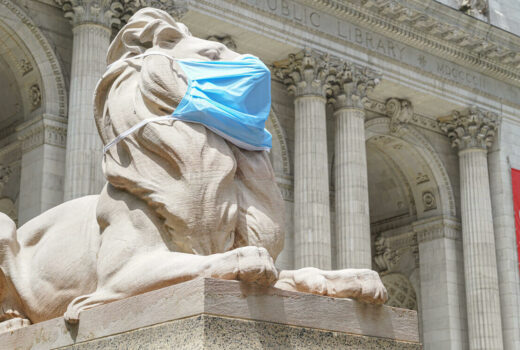 Where can tourists get a COVID-19 vaccine in New York City? The Big Apple has started vaccinating visitors to the city in popular tourist spots like Times Square and the High Line to boost both tourism as well as overall vaccine numbers, the city's mayor announced.

The plan, approved by the state's Gov. Andrew Cuomo, was activated after the state updated its eligibility guidelines to include anyone over the age of 16 who lives in the United States. Previously it was limited to people who lived or worked in New York.

The vaccine effort will provide U.S. tourists with one-dose Johnson & Johnson shots at mobile vaccination hubs. In addition to places like Times Square, the shots will be set up at other popular areas like Brooklyn Bridge Park and Central Park.

All New York State mass vaccination sites and most city sites are open for walk-ins and don't require an appointment.

Mayor Bill de Blasio said: "This summer, you're going to see tourism come alive again in New York City, you're going to see a lot of jobs come back because of it. We want to go the extra mile, make it easy for tourists. If they're here, get vaccinated while you're here. It makes sense to put mobile vaccination sites where the tourists are."

Below is a list of mobile vaccination sites around the New York City area that offer single-dose COVID-19 vaccines. Note that as the vaccine program progresses, the location of these sites is expected to change. Always double check before you make any plans.

We suggest that you follow the City of New York on Twitter for real-time COVID-19 vaccination updates. You'll get all of the information and details you need as a visitor to New York City looking to get a vaccine!