The 5 Most Overcrowded Airports

Believe it or not, it's not just major hub airports that experience crowding problems. With so many people pouncing on cheap tickets and using alternative (generally smaller) airports, even out-of-the-way airports are experiencing overcrowding problems.

One example is Minot International Airport in North Dakota, which just opened a new waiting room because of standing-room only conditions. Luckily, Minot was able to convert a little-used customs/conference room area into waiting space. Other airports have a harder time carving additional waiting areas from their terminals. Here are five of the most crowded airports FareCompare readers are likely to encounter.

Heathrow Airport, London
Heathrow is consistently crowded, and in late November 2011, the threat of public sector strikes took Heathrow to a whole new level of crowdedness as immigration checkpoints slowed considerably. There were reports of arriving passengers experiencing delays of up to 12 hours, leading to near-gridlock condition on the runways. The UK Border Agency coaches visitors and returning Brits on filling out forms properly and being organized to help people go through immigration more quickly, but the organization can only do so much. You could fly into Gatwick instead of Heathrow, but it is pretty crowded, too.

JFK Airport, New York
Terminals 3 and 4 are consistently rated by travelers as being very crowded. If you are flying to New York, expect crowds no matter which of the three airports you use. LaGuardia, the smallest of The Big Apple's three airports, is an alternative worth exploring, but consider the costs of getting into the city from LaGuardia in your comparisons.

Los Angeles International Airport
LAX is the airport that everyone loves to hate. A 2010 J.D. Power & Associates survey rated LAX as the third-worst airport in the U.S., and crowding was a big contributing factor. Long security lines (which go hand-in-hand with overcrowding) and delays getting through customs are other big complaints for travelers using LAX. Some passengers may be able to fly into Orange County instead. Orange County is often a good choice for those going to Anaheim, and good deals can be had by flying there instead of LAX.

Miami International Airport
Miami may be a victim of its own success, as peak and off-peak travel seasons have gradually merged in recent years. August is no longer a slow time for tourists in Miami, and a sluggish economy has not stopped throngs of tourists visiting the city and its famous beaches. If you are visiting the Miami area, you might want to check out flights into Fort Lauderdale instead. Cheap flights in to Fort Lauderdale sometimes offset costs associated with extra ground travel required once you arrive there.

O'Hare International Airport, Chicago
Originally built to alleviate crowding from Chicago's Midway Airport, O'Hare is now one of the most crowded airports in the world – so much so that it was recently named the "Worst Airport in America." Reasons abound, and include frequent flight delays, which cause passengers to stack up as they wait to board. Fortunately, there is plenty to do while you wait, since O'Hare provides plenty of restaurants and shops. Even they are no fun, though, if everyone is shoulder-to-shoulder. If you are going to the Chicago area, consider using Midway, which is generally less crowded (but less convenient in some cases). 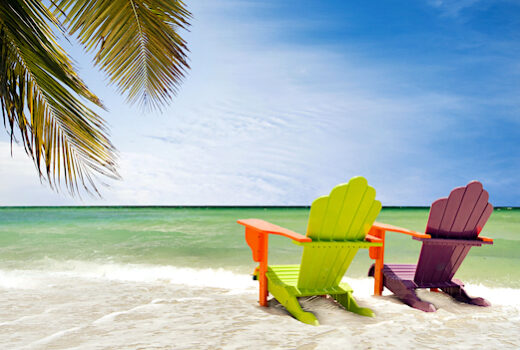 You planned to stay home this year then heard about all the amazing deals. Is it still possible to find last-minute getaways…