As Pride Month winds down, we want to talk about travel from the lens of queer safety and security. What are the safest destinations for LGBTQ+ travelers? Should we take this into account when we are planning future trips? How does our visit impact the local LGBTQ+ community before, during, and after we're there? Depending on where we live, it can be easy to forget that not every country has open and accepting policies, laws, or attitudes toward everyone.

With our world views growing wider – and hopefully more tolerant – it's more important than ever to take an intersectional look at travel. We do not exist in a vacuum. The choices we make – where we visit, how we spend our money while there, whose stories we listen to and support – have an impact on ourselves and one another.

There are many factors to consider when analyzing if a destination is safe for LGBTQ+ travelers. When you can, make a point to seek out input and informations from members of the community to lend depth to your own perspective. Some countries might have restrictive laws, but very friendly and welcoming locals that offer a warm experience regardless. In a time when more and more walls are being built up, the act of travel and exchange can help tear these barriers down.

Read on for more about the safest destinations for LGBTQ+ travelers. You can learn more here.

About the Gay Travel Index

The Gay Travel Index is an annual list published by Spartacus magazine, which analyzes things such as equal marriage and trans rights as well as workers' protection laws and adoption policies. In fact, 13 other criteria are considered while compiling the list.

The magazine understands that some of these factors do not have a direct impact on travelers. However, taking an in-depth look at these rights and laws can serve as an indicator of which country's policies have a positive impact on the local queer community. Knowing which places offer legal protection against discrimination, violence, or other acts of oppression can give travelers a better idea of what destination will provide the most safety during their trip.

Below you will find a summary of the 9 safest destinations for LGBTQ+ travelers, according to the Gay Travel Index 2020.

The Safest Destinations for LGBTQ+ Travelers 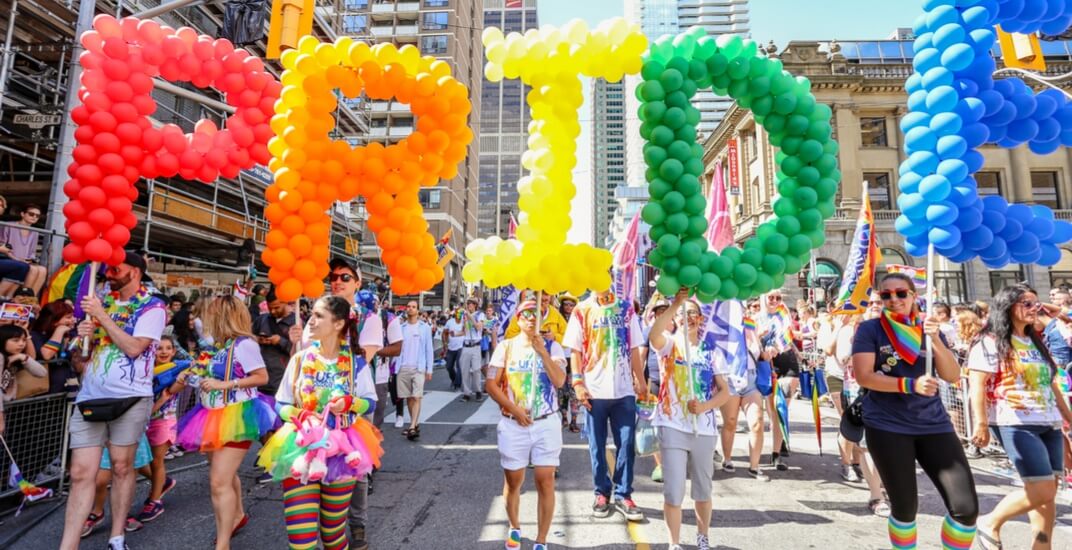 Canada ranks first in the 2020 edition of the Gay Travel Index as the best destination for the queer community. Not only does Canada have excellent anti-discrimination legislation on its books, which guarantees the basic human rights of every person that identifies as LGBTQ+, but it also enjoys a very festive Pride celebration scene every year. Vancouver's Gay Parade is attended by hundreds of thousands of people, including Prime Minister Justin Trudeau.

Search for cheap flights to Canada.

In Malta, discrimination based on sexual orientation is prohibited by law, and both same-sex marriage and adoption are legal. This tiny island destination is one of the world's most gay-friendly, with an active community that has come together and achieved visibility among the nation's primary political parties in the process. As a result, LGBTQ+ tourism is actively promoted and pursued as a means of furthering Malta's status as a safe destination for queer travelers.

Search for cheap flights to Malta.

Sweden ranks third thanks to some of the world's best anti-discrimination legislation out there. Stockholm has hosted EuroPride twice, in 1998 and 2018, and its annual Pride celebration is a massive event. The last time it was held, around 500,000 people attended. In a country with just 10 million in population, that's pretty incredible.

Search for cheap flights to Sweden.

In recent years, Austria has made a marked effort to improve rights and access for the gay community. Moving beyond the legalization of same-sex marriage, Austria allows people who identify as intersex to make it official on their national ID. Conversion therapy is banned in Austria. When it comes to LGBTQ+ tourism, Austria actively promotes it and also hosts several Pride events every year.

Search for cheap flights to Austria.

Argentina is one of Latin America's top destinations for LGBTQ+ travelers. Same-sex marriage was legalized here before in the United States, and expanded laws protecting workers' rights for the trans community were recently passed. Its capital city of Buenos Aires is host to one of the region's most important Pride marches and celebrations. Fans of the iconic tango dance will enjoy the numerous festivals and events hosted for and by the queer community.

Search for cheap flights to Argentina.

By now, we're all familiar with the open, tolerant, and "anything goes" attitude that is ever-present in the Netherlands. In fact, Holland was the first country in the world to legalize same-sex marriage back in 2001. Amsterdam has one of the most diverse and dynamic cultural offerings for LGBTQ+ travelers, and its iconic Canal Parade during Pride season each year is a huge hit. The Netherlands is an inclusive and welcoming place thanks to its laws and policies that guarantee equal rights and protection for LBGTQ+ folks.

Search for cheap flights to the Netherlands. 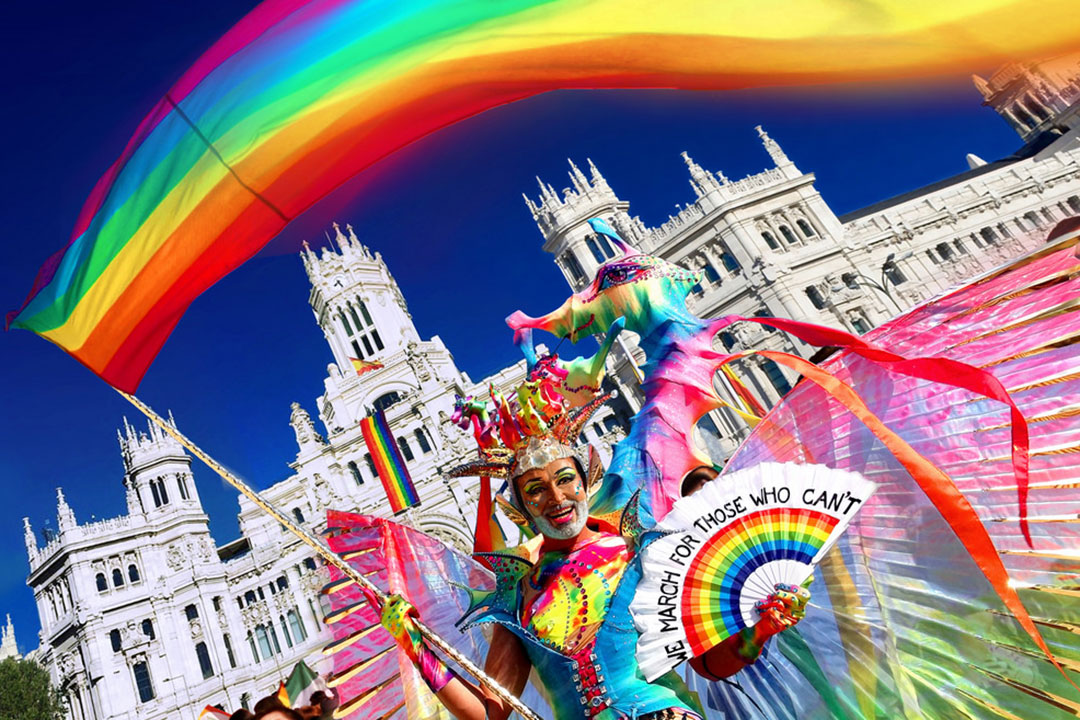 Spain offers plenty of choices for safe and exciting experiences for LGBTQ+ travelers. From Barcelona and Madrid to the Canary Islands and Sitges, the Iberian country is an excellent queer travel destination. Same-sex marriage was legalized 15 years ago, and same-sex couples enjoy equal rights and access to adoption as well. Laws protecting gay and transgender people ensure that both locals and visitors alike can feel safe and secure in Spain.

Search for cheap flights to Spain.

London, Manchester, and Oxford are home to some of England's most festive and fabulous Pride marches and events. When it comes to legislation, the U.K.'s laws against discrimination protect the rights of LGBTQ+ people and include both same-sex marriage and adoption, of course. Given its efforts to incentivize and promote queer tourism, the United Kingdom is recognized as an ideal and safe destination for LGBTQ+ travelers.

Search for cheap flights to the UK.

This small country in South America is a haven for the LGBTQ+ community. In September, the capital city of Montevideo hosts Diversity Month, with tons of events that promote tolerance and acceptance, as well as visibility of the queer community. Same-sex marriage and adoption are both legal in Uruguay, and like the other countries on this list, conversion therapy has been banned.

Search for cheap flights to Uruguay. 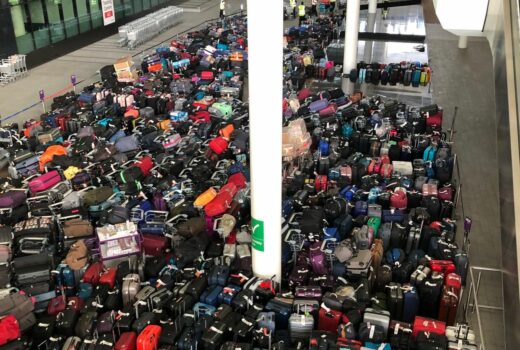 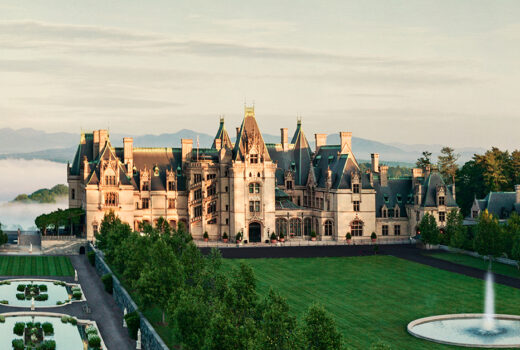 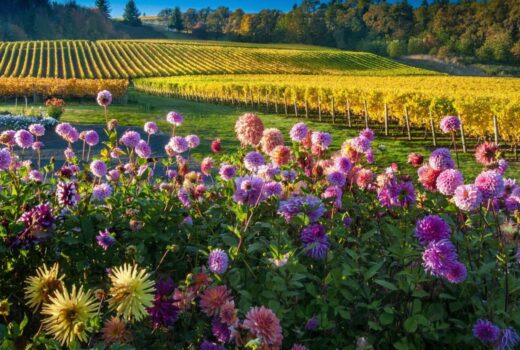