Lucky me. I got to chat with Virgin empire impresario Richard Branson last week, and I say "lucky" because he's something of a rock star among business-types and was surrounded by fans clamoring to get a picture taken with him throughout his brief visit to Dallas.

I didn't need a photo-op because I had something better: the chance to ask questions of both Branson and Virgin America CEO David Cush. Here are the results:

1. Your impressions of American Airlines' recent filing for bankruptcy?

Branson said, "It's a bunch of bull." Actually, he used a slightly more colorful word. He said why should the airline (actually, parent company AMR Corp.) be allowed to blow off creditors that way? He doesn't like this at all. Of course, American is a big competitor of Virgin Atlantic and other Branson airlines (including Virgin America, which is actually a U.S. airline, and Branson is legally limited to a mere 25 precent stake in the carrier).

2. Southwest CEO Gary Kelly recently noted that as airlines pass through bankruptcy, they become more and more like low-cost carriers – such as Virgin America – so how can the U.S. Virgin airline continue to stand out?

Branson merely grimaced in disagreement, but Cush said that its pricing is different, and talked about how Virgin America's entry into the Dallas market immediately dropped prices by about 50 percent and they remain down about a third of where they had been.

3. But with all the cool new planes airlines are ordering, complete better Wi-Fi portals and even such fun things as mood-lighting (a Virgin America specialty), won't the airline find it difficult to break out of this new-and-improved pack?

No, said Cush, because it's the little things that will make the difference – like being able to order food anytime you wish from your seatback screen without waiting on a flight attendant to roll the cart down the aisle.

4. Travelers still hate fees, so will there be any movement on that front?

At this point, Branson is drifting a bit as he anxiously awaits the discreet interruptions of an associate who provides scoring updates on a UK football match (the winner – Newcastle – recently began sporting the Virgin logo on its team shirts), but Cush has an answer.

He reminded me that plenty of other businesses – everything from ballparks to hotels with restaurants – don't give away free food. I respond that, since they never did, so how could we miss it? As far as fees for bags are concerned, Cush claims bags never would have been free, were it not for government regulation of the airlines.

5. Who will you eventually hand the reins of Virgin to? Is there a succession plan?

Branson said, he's no "puppet-master" adding that unlike the late Steve Jobs and Apple, he has always believed in delegating and that he has plenty of people ready to take over. Fair enough, but of course, it will never be the same Virgin without him.

6. Speaking of Apple, my final question had to do with Branson's phone: Android or iPhone?

I loved the look on his face because it was clear he had no idea. After a brief huddle with another aide, he finally responded, "Android!" 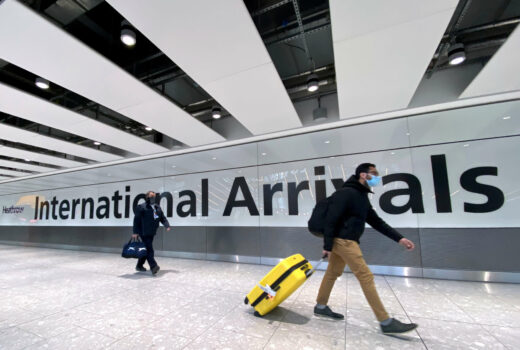 Canada and Ireland to Re-Open to Vaccinated American Tourists

We've got a double dose of good travel news: Canada and Ireland are set to re-open to vaccinated American tourists.… 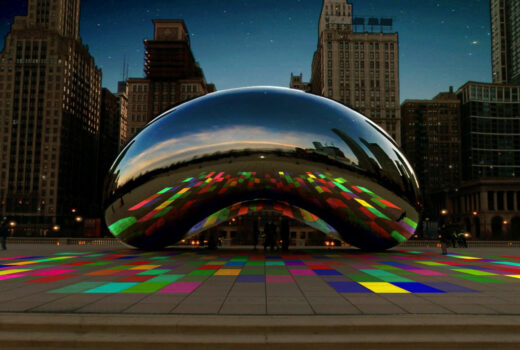 What is the Cheapest Place to Fly in the US?

There is no doubt that travelers are eager to venture out and travel in 2021. You may face some new… 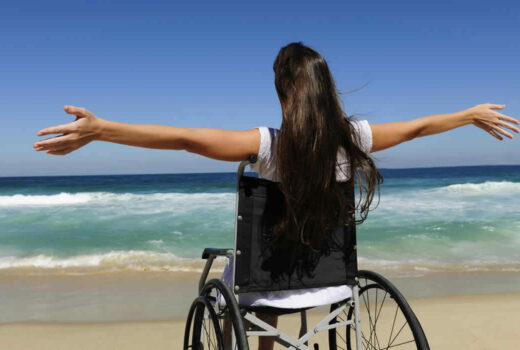 With nearly 15% of the global population - around 1 billion people - living with a disability, highlighting accessibility is…