5 Things Pilots Say Passengers Should Not Do 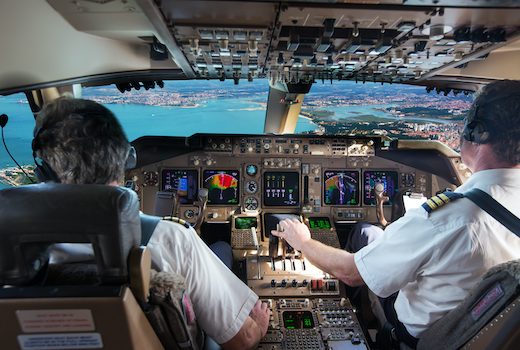 I talk with lots of pilots, men and women who fly for airlines like American and British Airways, and they are very nice people. They are also the final authority on their planes – meaning, a pilot’s word is the law – so if they tell us to do something, it’s not a request, it’s an order. Lucky for us, their biggest concern is our safety and in that spirit, here’s a list of things pilots say passengers should not do.

Pilots say, if you are not heading to the lavatory, stay in your seat. A few years back a young man roamed a British Airways cabin and ultimately demanded to be let off the aircraft even though the plane was then midway across over Atlantic. The passenger refused to sit down so the flight was diverted and the roamer was taken away in handcuffs. It could have been worse; some plane roamers have attempted to physically open cabin doors. The good news is, it can’t be done.

Don’t Mess with the Crew

Passengers who mess with flight attendants and other members of airline crews generally regret it. They get kicked off flights, arrested and even jailed. Some examples:

Some passengers do not handle alcohol well (or similar substances). A couple of examples:

All were ultimately led away in handcuffs. What a terrible way to start a vacation.

Don’t Make Me Leave the Cockpit!

Not long ago, an American Airlines pilot who saw a passenger allegedly manhandling a crew member shouted, “You don’t put your hands on my flight attendant!” The pilot then put the offending passenger on the ground himself! The incident wound up on YouTube and the passenger wound up in court. Don’t make the pilot get so upset he or she leaves the cockpit and comes after you.

Even if the seatbelt sign is not on, pilots still wish you’d stay buckled-up. Turbulence can occur when all seems calm, and it can hurt you if your seat belt isn’t fastened.

Final thought: Reading this list of things pilots say passengers should not do might make you think pilots aren’t all that crazy about flying us around. On the contrary, every pilot I talked to said they truly enjoy the vast majority of their passengers and consider flying them a privilege. It’s just that, from time to time, a few forget to pack their common sense. Don’t be like them.