American-US Airways Merger: What a Combined Route Map Looks Like

The folks at OAG ("global leader in aviation intelligence") sent me some maps depicting what the current flight routes of American Airlines and US Airways look like individually (as of 2012) and in combination.

It's an interesting glimpse into the future – or at least, a possible scenario.

The Merger: What You Need to Know

American-US Airways: Where Each One Flies

As I've pointed out, there is some overlap and I expect there will be some changes. Much will have to be sorted out before the two carriers finalize their merger to create a new American 'mega-airline' – which is expected to occur by the end of the third quarter of this year.

Take a look at each individual airline's route system: 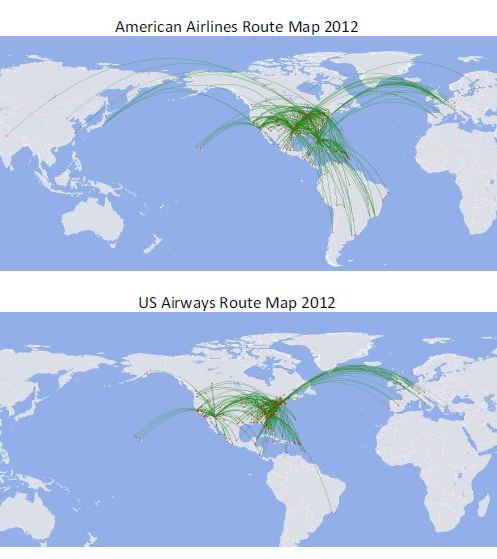 Passengers Could Lose Out in Merger

Now for a look at how the two airline route systems align – at least, for now. 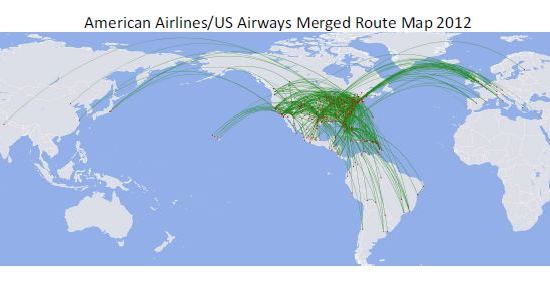