UPDATE Wednesday, Dec. 14:US Airways matched the hike, which is now backed by all major legacy carriers. In addition, discount airline Virgin America has matched but others still on the sidelines include Southwest/AirTran, JetBlue and Frontier.

EARLIER: On Monday evening (Dec 12), Delta Air Lines initiated a $4 to $10 round-trip  domestic airfare hike across the bulk of the route system.

This latest hike attempt follows activity started Dec. 1 by JetBlue, which attempted to raise flights by $6 on a significant number of domestic routes. The attempt later failed, after Delta matched the hike, but other airlines didn't follow.

This is the 22nd attempted airfare hike of 2011. So far, nine of these attempts have been successful. More updates on the latest increase as the information becomes available. 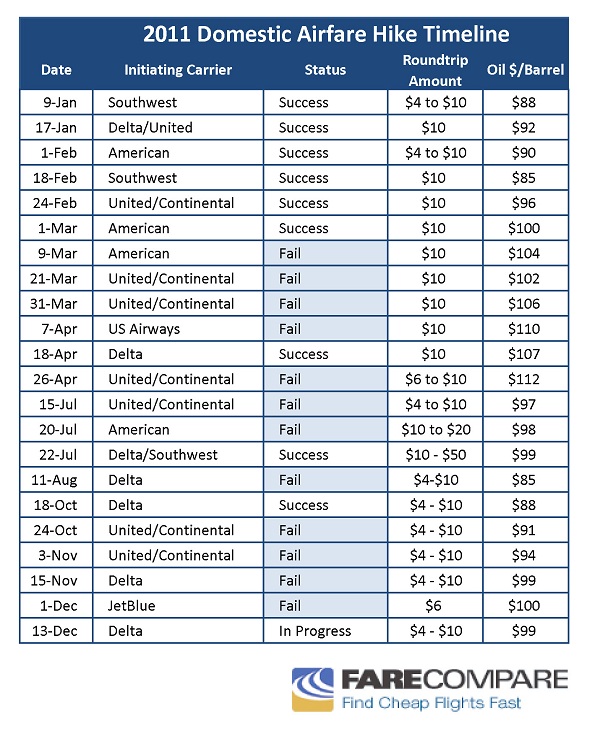